Quotebacks for Firefox is here!

Plus a new release for Chrome

Quotebacks has been out for a few weeks now - with some lovely feedback. Thank you to everyone who’s used it, helped share it and provide feedback, bug reports and even pull requests!

Perhaps my fave writeup was from Kicks Condor - who described Quotebacks as a “sneaky strategy” which I quite like:

The novel styling of quotebacks is not immaterial. The elegant formatting - and even the slight hover effect - creates desire to be quoted. Just as reading a book with gorgeous typesetting and paper aroma alone fills one with desire to write. (“This book sucks - but I can almost picture the book that might live up to a binding of this quality…”) The styling gives the Web texture and physical appeal that it is distinctly lacking.

If the Web is going to be treated as a place to drop embeds, this extension embraces that. Here are some more good-lookin’ embeds for ya.

And I actually hope that quotebacks become a more general thing. Imagine if you could snip video or podcast segments and spit out a block that is also recognizable as a quoteback. The Web contains and wraps those fragments, seeds in its garden.

Get Quotebacks for Firefox here 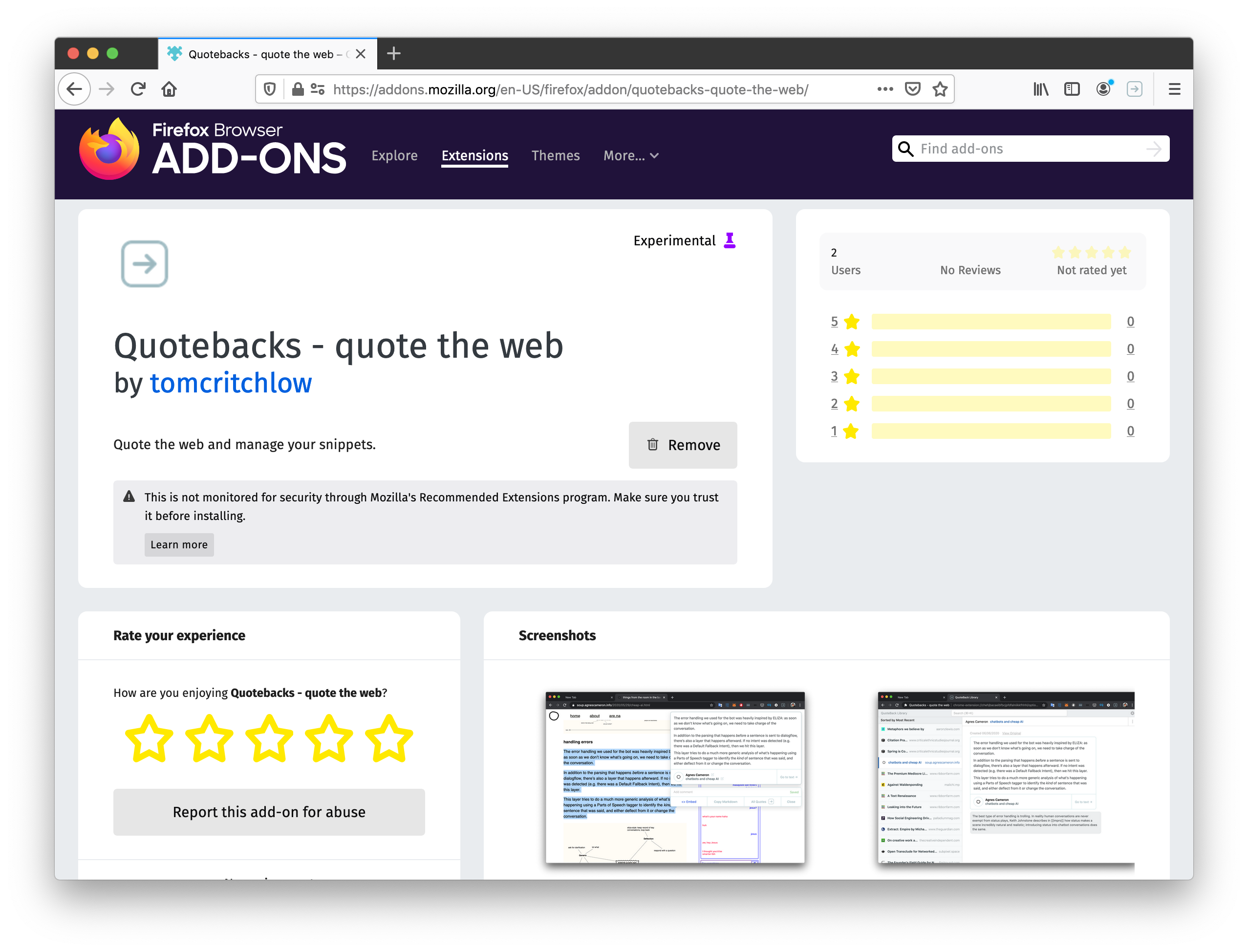 The Chrome version is updated too - we’ve been gradually releasing some bug fixes and improvements including:

Get it for Chrome: quotebacks.net

For those who care about some of the technical details:

Now that we have some basic bugs squashed and Firefox released into the world, Toby and I can turn our eye to the longer-term roadmap and vision for where this might go next. If you have strong opinions let’s hear em.

⇜ PREVIOUS
Can Calendly Unbundle NYC?
NEXT ⇝
Setting up a Discord Room for my Blog
This blog is written by Tom Critchlow, an independent strategy consultant living and working in Brooklyn, NY. If you like what you read please leave a comment below in disqus or sign up for my Tinyletter.