The Art of Being Switched On

Life is rich and colorful, please don’t spend it on your phone.

You’re at dinner. You sneak your phone out of your pocket and it glows excitedly in your face. Somewhere under your skull a tiny fraction of dopamine is released. Neurons get twitchy and excited. The neural loop is reinforced and an addiction is formed.

No one blinks. Largely no one gives a shit. But you’re building a habit. You’re a user.

Of course, I can’t blame you. Why are you even having dinner with these schmucks? They’re boring and the food is mediocre anyway right?

Life is rich and colorful but to justify the habit you tell yourself that your phone will somehow be more interesting. This is an excuse. If you’re bored by the situation you’re in it’s your own damn fault.

Everyone has a story to tell. It’s your responsibility to drag it out of them. Sometimes it’s not easy, it requires asking difficult questions, it requires listening to their answer, it requires thinking.

What Does The Brain Of A Boring Person Look Like?

This is the brain of a boring person. Weird. Complex. Beautiful. Fragile. Magical. Just like yours.

This is the brain of a boring person. Weird. Complex. Beautiful. Fragile. Magical. Just like yours. 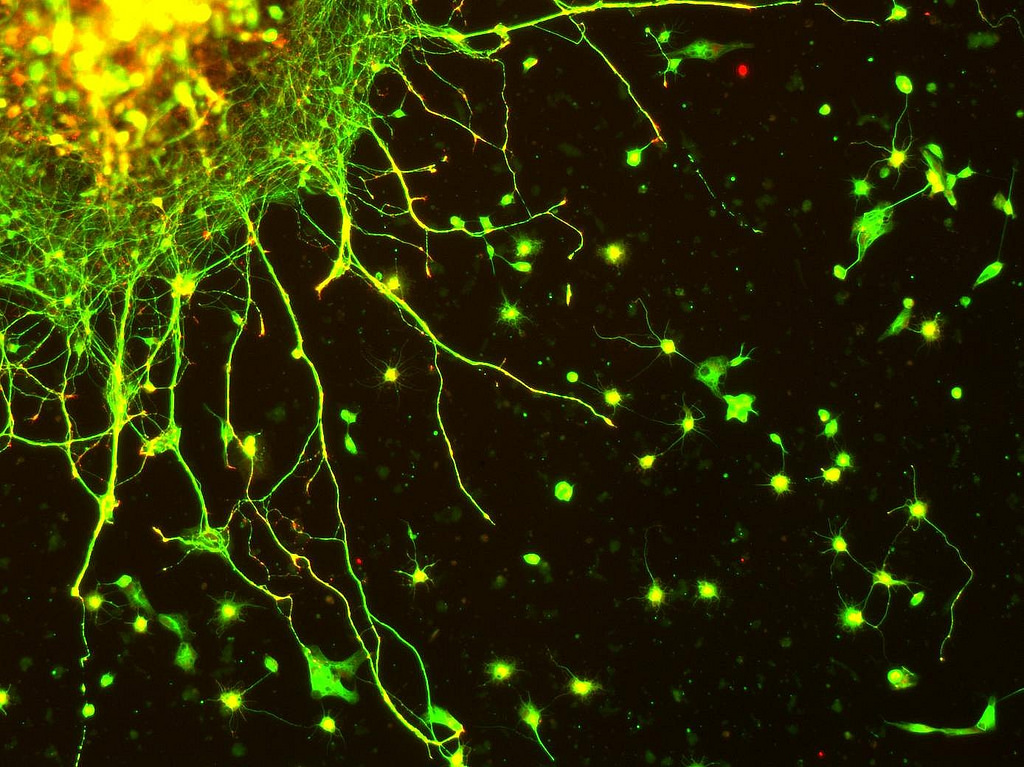 How To Break The Habit

“The universe is full of magical things patiently waiting for our wits to grow sharper.” ― Eden Phillpotts

Switch off your phone. Switch on your brain. Commit to a zero tolerance policy for short periods of time. Maybe it’s drinks with friends in the pub. Maybe it’s dinner with your girlfriend. Whatever the occasion is, don’t check it once. Turn off all buzz notifications. Leave the damn thing where it is and live in the moment.

It’s Us vs Them. Fight The Good Fight.

The bad thing is that it’s not your fault. Companies like Zynga work hard to build the most addictive experience possible. Digital sugar. It takes willpower to stop yourself being sucked into them.

Play in the form of social and mobile gaming has become a mainstream activity, but it has the potential to be so much more. It can be one of the primary ways we connect with other people. It can surpass TV as the most popular and engaging medium of the 21st century. - MARK PINCUS, CEO OF ZYNGA

This scares the shit out of me, largely because of how successful they are at it. More engaging than TV?

Stupid games, on the other hand, are rarely occasions in themselves. They are designed to push their way through the cracks of other occasions. We play them incidentally, ambivalently, compulsively, almost accidentally. They’re less an activity in our day than a blank space in our day; less a pursuit than a distraction from other pursuits - SAM ANDERSON @ NYT

These games and apps are fiercely addictive. We lack willpower as human beings. Recognize that your primal urge is to give in to the easy thing. Fight that with all your might.

The rules were simple to the point of absurdity: There was a picture of a cow, which players were allowed to click once every six hours. Each time they did, they received one point, called a click […] When his server melted under the unexpected demand, he was besieged by complaints until he signed up for a cloud-computing service to handle the load. - WIRED ARTICLE ON COWCLICKER

Ultimately, you don’t become bored, you become addicted. You’re at dinner. It’s interesting. The wine, food and conversation are flowing and somewhere inside your mind neurons itch for some dopamine. Drag. Refresh. Pleasure. Drag. Refresh. Pleasure? You glance at your phone. You’re addicted. The conversation flows right around you. Everyone glances at you out of the corner of their eye. They think you’re boring.

NEXT ⇝
The 500 Year Old Meteor Doodle
This blog is written by Tom Critchlow, an independent strategy consultant living and working in Brooklyn, NY. If you like what you read please leave a comment below in disqus or sign up for my Tinyletter.